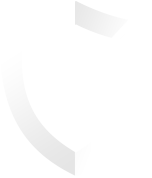 Identity of the responsible party

The website ERPguide is operated by Software Informatie with its registered office in Purmerend and registered with the Kamer van Koophandel under number 34266634.

For questions or complaints about the processing of personal data, please contact the designated representative:

By visiting ERPguide or using the offered service, your personal data will be collected and processed in accordance with the conditions set out in this privacy statement.

With regard to the processing of personal data for (direct) marketing purposes, ERPguide takes the position that this processing is necessary to promote the legitimate interests of ERPguide.

Execution of an agreement

ERPguide will send a whitepaper on request. The contact information provided will also be used to inform the visitor about news items relating to the service or developed products of ERPguide.

To improve the service

ERPguide processes (personal) data to improve the service. To this end, ERPguide uses data from which ERPguide can determine how you use the website and which pages you visit.

Data that you provide:

If you complete a form via the website or otherwise provide personal data to contact ERPguide, the personal data you provide, including your gender, name, e-mail address, telephone number, job title and address details, will be stored.

Data that ERPguide collects through your visit to the website

ERPguide obtains insight into the use of the website through tracking pixels and cookies. Screen tracking enables ERPguide to improve the ease of use and user experience for the visitor.

Via the IP-tracking software of Leadforensics, ERPguide determines which IP address from which the visitor uses the website. Based on this IP address, ERPguide is able to obtain company information from the visitor through the Leadforensics software. The data that ERPguide obtains via Leadforensics only concerns the generic e-mail address of a company, the website of the company, the company name and location. It is necessary for ERPguide to process these data, obtained via the IP-tracking software of Leadforensics, to promote the necessary interests of ERPguide, with the aim of using this data for direct marketing purposes.

How we process data

The data collected by ERPguide will never be provided to third parties, unless the storage of the data takes place on third-party servers. ERPguide has concluded a processor agreement with these third parties in which they commit to adequately securing the data to be processed by them. The processors engaged by ERPguide are:

ERPguide will never provide personal data outside the data listed in this privacy statement to third parties, unless you give explicit permission to do so or if ERPguide is required to do so by virtue of a court order or statutory provision.

ERPguide uses screen tracking via Mouseflow software (see: mouseflow.com/gdpr/) and VWO (see: vwo.com/platform/security-compliance/gdpr/) to gain insight into the use of the website. This enables ERPguide to improve the ease of use and user experience for the visitor. The information obtained about the use of the website can never be traced back to a natural person, as Mouseflow and VWO completely anonymize all data obtained.

ERPguide uses the Google Analytics software to gain insight into the website traffic. ERPguide does not collect any IP addresses through Google Analytics. The information collected by Google is anonymised as much as possible.

The data collected by Google Analytics is transferred to Google servers in the United States. Google meets the requirements set by the Privacy Shield and thus offers an appropriate level of protection.

ERPguide makes every effort to adequately secure personal data collected. ERPguide has taken both technical and organizational measures to realize a sufficient degree of security of these personal data, given the nature of the personal data to be processed.

The website of ERPguide is secured with an SSL certificate. All messages sent via the website are therefore sent to ERPguide in an encrypted manner.

Data obtained by ERPguide via screen tracking are stored on the servers of ERPguide for 6 months and then automatically deleted.

Data that does not concern personal information, such as company names, locations and websites, is stored for statistical purposes for an indefinite period. These data can never be traced back to a natural person.

You can exercise your rights towards Leadforensics by calling +44 207 206 7293 or by e-mail via data-compliance@leadforensics.com.

If ERPguide has obtained permission from you to process personal data, then you always have the right to revoke this consent.

Right of inspection and correction

Right to be forgotten

You have the right to request ERPguide to delete all data collected about you. In principle, ERPguide must comply with this request. In certain cases, another (legal) interest may outweigh the right to be forgotten, in the judgement of ERPguide.

Right to submit a complaint

You have the right, if you cannot come to a solution through consultation with ERPguide after a complaint, to file a complaint with the Dutch Data Protection Authority. You can submit your complaint in writing and send it to the following address:

Any legal disputes arising as a result of this privacy statement will only be presented to the Dutch court under the governance of Dutch law.

If you have any questions, complaints or comments regarding the use of your personal data, you must make this known by means of an e-mail message to ERPguide (dpo@softwareinformation.co.uk).

1Regulation (EU) 2016/679 of the European Parliament and of the Council of 27 April 2016 on the protection of natural persons with regard to the processing of personal data and on the free movement of such data, and repealing Directive 95/46/EC (General Data Protection Regulation).
×
This website uses cookies.
Click here for more information